Hobbits on a plane

Once again reprising their role as "Airline to middle earth" Air New Zealand have gone full tilt into "Hobbit fever" as has Wellington Airport "the middle of middle earth" and Wellington in general.

I've already shown you the Unexpected Journey inflight safety video but now its time to check out Boeing 777-319ER ZK-OKP in its hobbit decal as well as other hobbit things from Air New Zealand and Wellington International Airport. 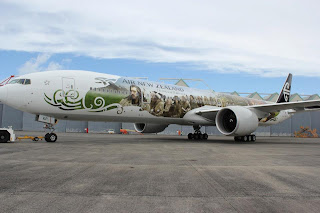 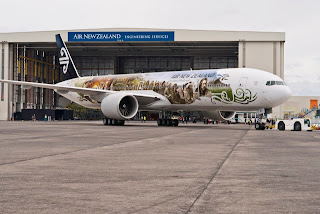 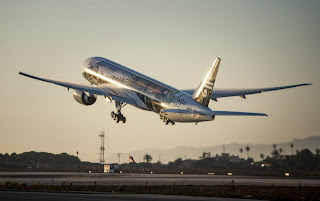 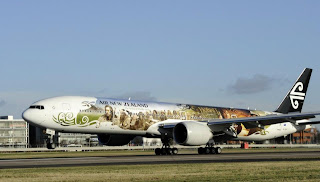 The above photo's show OKP being revealed in Auckland then her in Los Angeles and London.  Air New Zealand, the below video is a time lapse of the application of the decals to the aircraft.  Also not the black tail with white koru and new font for the Air New Zealand titles - the first time this new livery has been applied to an aircraft

Air New Zealand have also added video's of J.R.R. Tolkein's Great Grandson Royd to their line up
See their interview with Royd HERE & staged footage of him checking in for his flight to Wellington HERE 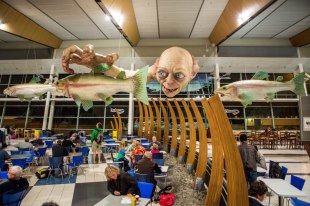 Inside the terminal above & the outside airside view below 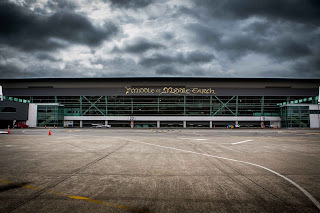 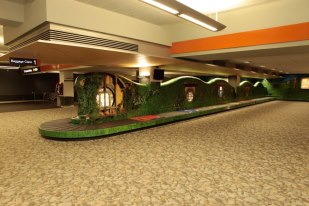 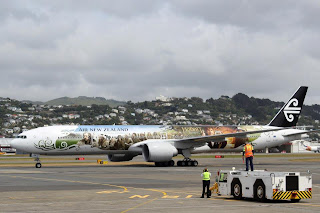 Also check out Mike's blog MRC Aviation for more coverage of OKP's roll out & flashback to the 4 LOTR themed aircraft, Air New Zealand had for the launch of the LOTR trilogy.
Posted by Unknown