NZ in the money + fleet news

Profit News
Air New Zealand have reported a strong half year interim profit with normalised earnings to 31-December-2012 up 300% on the previous year.


“We have a new leadership team with deep industry experience fused with fresh perspectives from world class leaders who have joined us from other sectors. The focus and energy within Air New Zealand is quite remarkable.  We are stepping it up in all areas of the business to drive improved operational and financial performance while further enhancing our award-winning customer experience,” Mr Luxon says.

Fleet News
Air New Zealand are confidant of the future and one thing this allows Air New Zealand to do is to grow, with the company announcing it will introduce two new leased Boeing 777-319ER aircraft to the fleet before the end of 2014.  These aircraft will be for expansion with the Boeing 787-9 still expected to begin entering the fleet from 2014.

Although when looking at the aircraft capital commitments slide from the Air New Zealand 2013 Interim Result Analyst Presentation you can see the B773ER deliveries will occur one before 30-June-2014 and one after 1-July-2014, while it appears the B789 deliveries wont happen until after 1-July-2014, despite Boeing confirming EIS is currently on track to happen in mid 2014.  You will also notice the A320 deliveries ramp up with 4 delivered in FY14 & 3 in FY15, while the AT76 deliveries continue to plod along at 1 per year

Air New Zealand have released the next installment of their popular in flight safety videos this time featuring international adventurer and survivalist Bear Grylls.  The video also features some familiar Air New Zealand crew faces as well as New Zealand Entomologist Ruud Kleinpaste who is well known in NZ for his television appearances.

The video blends the usual fun of Air New Zealand safety videos, with the "reality" adventure of Bear Grylls to get its message across.  It builds on the magical New Zealand scenery that was featured heavily in the previous Hobbit safety video, and is a big selling point for the country and airline.  Although at times I find Bear's to camera pieces a little unsettling as he seems a little out of place not filming reality and playing up to the camera.

Have a look at the video below and let me know what you think of the latest iteration of the Air New Zealand in flight safety video series.

Following on from my last post, aircraft pics are back baby!

My friend Tim was out at BNE on Saturday 23-February-2013 and captured some of the departures from runway 01. 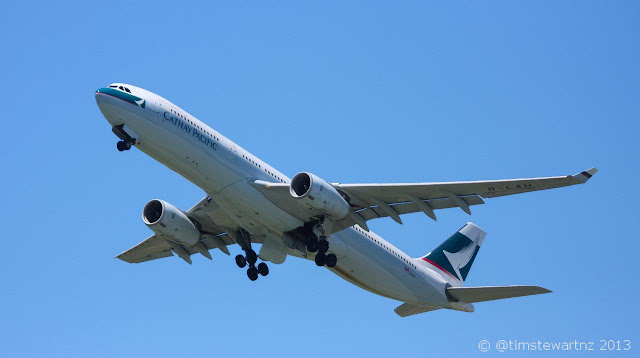 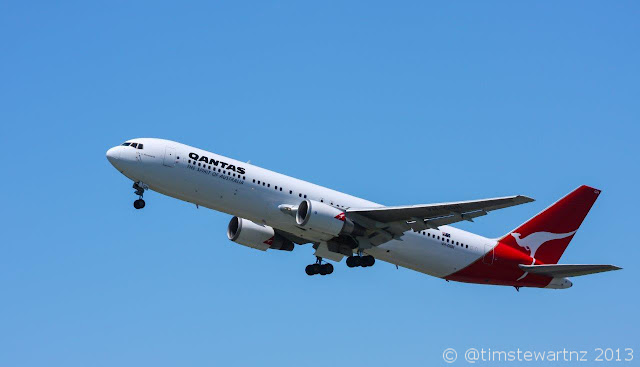 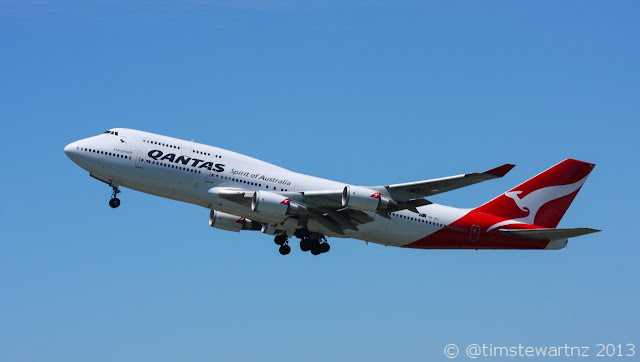 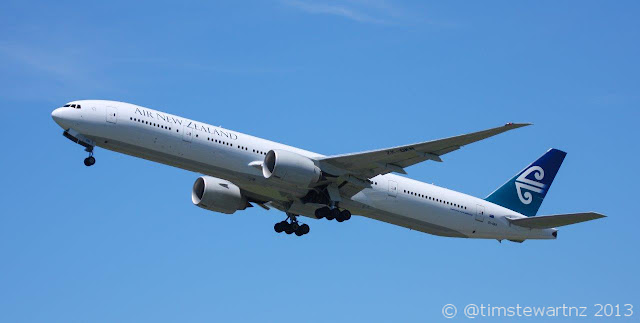 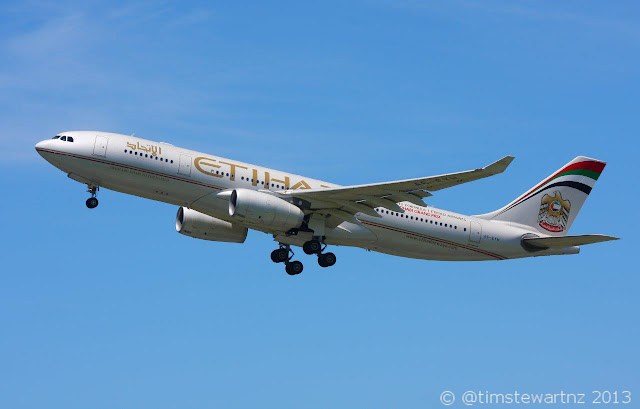 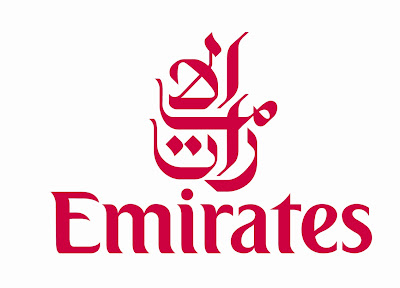 The New Zealand Commerce Commission have found what Air New Zealand have long complained about, that Wellington International Airport Limited is charging too much in landing fees at WLG/NZWN.

The report, released today has found the current pricing regime meant there was nothing stopping the airport from making "excessive profits".
"We have found that the information disclosure regime is effectively promoting innovation, quality and pricing efficiency by the airport," Commerce Commission deputy chairwoman Sue Begg said.

Sue Begg also goes on to say the commission believed 7.1%-8% was an acceptable return however WIAL is expecting a return of 12.3% to 15.2% over the next 5 years.

WIAL, owned by Wellington City Council and investment company Infratil, is currently challenging the commissions report and methodologies in the High Court.

On a complete side note it is interesting to see that despite the fact both news organisations got correct pictures of WIAL, they are both of one off events and not common everyday shots of the airport.  The NZ Herald depicts an RNZAF B757 sitting outside 'the rock' terminal, possibly at its offical opening in 2010, while the stuff.co.nz article depicts a Qantas A333 sitting at the terminal.

Read more from stuff.co.nz HERE or from nzherald.co.nz HERE

The Transport Accident Investigation Commission (TAIC) have released their report into the Emergency landing made by Air Nelson Q300 ZK-NEQ at Woodbourne/Blenheim after diverting from Wellington in February 2011.

TAIC found there was nothing mechanically wrong with the plane.
"The nose landing gear did not extend because the pilots did not pull hard enough on the handle that should have released the uplock," it said.
"If the uplock had released, the nose landing gear would have lowered under gravity and locked down."

The article reports that while training in the simulator for gear failure it took a much lighter pull than it did in reality to release the landing gear.  Air Nelson have since modified their simulators to match the actual force required, while the TAIC have recommended the director of NZ CAA talk to his counterpart at Transport Canada to discuss the possibility of making  training simulator performance there match real life situations.

Sadly for avgeeks in NZ and also for the pilots involved in this incident, despite this report clearing them personally of wrong doing due to the inadequate training received the headline and first paragraph of this stuff.co.nz article insinuates that this incident was their error.